This winter my grandfather, Maj. Bruce Shore USMC, passed away. During the quiet drive to the military cemetery in Saratoga this passage from a novel I’ve never read was gnawing at me from somewhere in the recesses of my memory;

I remember hearing this somewhere: when an old man dies, a library burns down. I wondered about this as I walked among the graves. How many stories were here, buried and forgotten? How many old burned libraries, how many young ones that had been building their volumes year by year? And all the stories, lost. I wished there was a place you could go, and sit in a room like a movie theater and look through a catalogue of a zillion names and then you could press a button and a face would appear on the screen and tell you about the life that had been. It would be a living memorial to the generations who had gone on before, and you could still hear their voices though those voices had been stilled for a hundred years. It seemed to me, as I walked in the presence of all those stilled voices that would never be heard again, that we were a wasteful breed. We had thrown away the past, and our future was impoverished for it. [1]

As my grandfather’s memory deteriorated, his library, the library which I had studied at through my childhood and adolescence, began to crumble. Memories and stories which at one point were available at the snap of a finger to be retold with a twinkle in his eye slowly became more opaque, more distant. Eventually, entire wings of grandpa’s grand library were sealed off from us.

Standing silently in a military cemetery on a cold January morning, I felt my body convulse as the honor guard fired the first volley in the three-volley salute. The sudden crack was an excuse to relax the rigid control I had been exercising on my muscles. The great epic of my grandfather’s life had come to an end. However that evening in my aunt’s living room over a bottle of scotch my grandfather lived on. His stories, his memory, were revivified as we took part in an oral tradition which would be recognized by our earliest prehistoric ancestors.

I was struck then, that it was now our responsibility to preserve these stories. My children will never know my grandparents. They’ll never hear the stories I did growing up unless I tell them. Our family and friends who’ve passed live on through those of us who loved them- their stories and wisdom are in our hands as the living. We bear a sacred responsibility to be a conduit of these stories to our children, to convey the past to the future, a transaction as old as time.

We too often forget our great stories. Our animating principles, our responsibility to those who came before us, and to those who’ll come after. We gleefully take sledgehammers to the pylons which hold up this miraculous civilization- built on the exertion and blood of our ancestors. We eschew that wisdom which has been passed down to us and refuse to take seriously the notion that maybe our predecessors may have known something we don’t. We burn our Library of Alexandria daily. We do this at our peril.

On this rainy Memorial Day remember all the men and women who died in service to an ideal. America has over 600,000 war dead since her founding. Americans have been laid to rest in cemeteries across the world, each headstone marks  a library set aflame, a life crying out for remembrance.

Tell their stories; it is only by our continuing interest that we prop up these great libraries, that we unearth what has been long buried. Consider with gratitude the lives we all live by their exertions and sacrifice. Consider how best to honor that sacrifice- how we each can live so that the dead that built this country did not die in vain.

Onstage, the Missing Link says, Every breath you take is because something has died. Something or someone lived and died so you could have this life. This mountain of dead, they lift you into daylight. The Missing Link, he says, Will the effort and energy and momentum of their lives. . . How will it find you? How will you enjoy their gift? …[D]ead soldiers are only a tragedy if you waste their gift sitting in front of the television. Or stuck in traffic. Or stranded at some airport. How will you show all the creatures of history? says the Missing Link. How will you show their birth and work and death were worthwhile?[2] 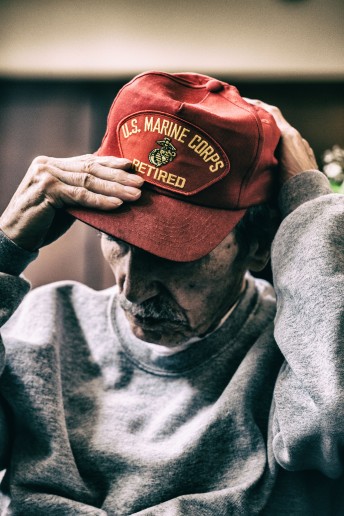